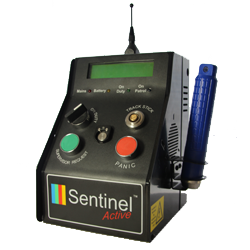 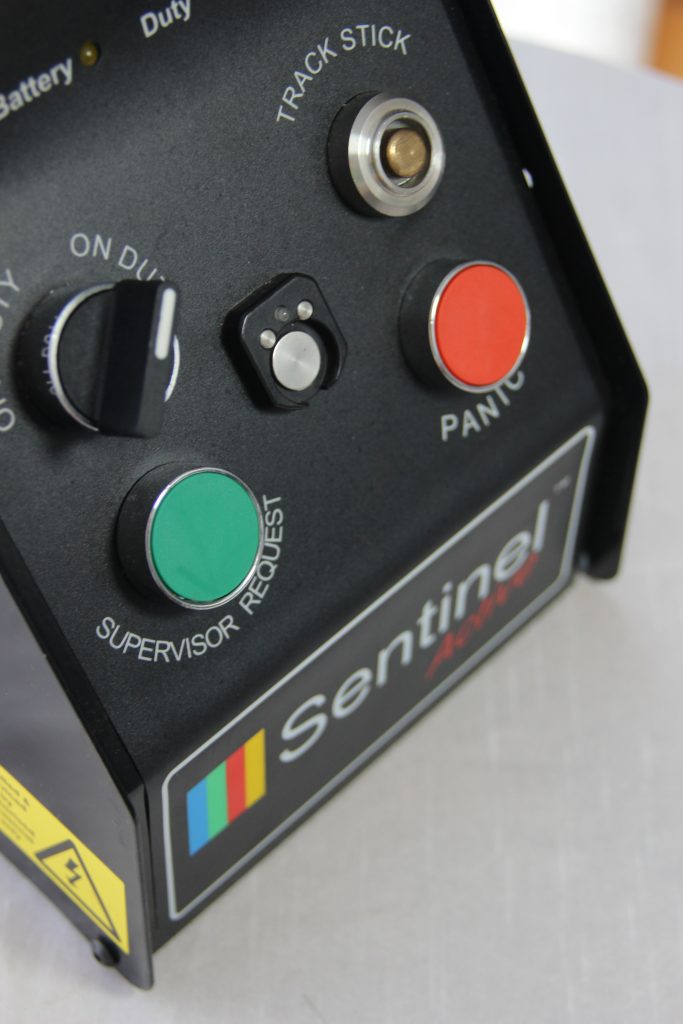 The Sentinel system has been designed to monitor the basic functions of a patrolling security guard, and in the event that he or she deviates from a laid down procedure, the system will automatically inform the responsible person so that immediate action can be taken.

Each Sentinel Active Monitoring System is monitored by our online servers in Johannesburg using the GPRS data network. All signals received are processed and where necessary an SMS is sent to the guard’s supervisor and/or control room. The information is then uploaded to the internet where it can be viewed at any time by authorised individuals. At approximately 06:00 our servers scan the data from the previous 24 hours and create summary reports that are sent via email or SMS to interested parties.

Guard arrives on duty
He or she turns the duty switch to “On Duty”. The display will now show the date and time along with the amount of time remaining until the next patrol. This “On Duty” signal is sent to our servers and uploaded to the internet. If the guard has not arrived by a predetermined time, an SMS is sent to the guard’s supervisor and/or control room.

Starting a patrol
When it is time to start a patrol, the Sentinel unit will beep and announce, “please start your patrol” and the display will indicate “Start your patrol”. At this time, the guard must take the track stick and place it against the reader marked “TRACK STICK”. When the connection has been made, the box will announce that “You are now on patrol” and the display will indicate how many minutes have elapsed since the patrol started. This event is also sent to our server and uploaded to the internet. If the guard fails to start the patrol, an SMS is sent to the guard’s supervisor and/or control room.

Doing a patrol
The security guard must now visit each Patrol Point placing the Track Stick against it. A light at the end of the stick will flash to indicate that the point has been visited.

Finishing a Patrol
When the guard returns from patrol, he or she must again place the Track Stick against the reader marked “TRACK STICK” and the information about the patrol will be passed into the system. After checking the patrol, the Sentinel unit will inform the guard of the result. “Good Patrol”, “Patrolled too Quickly” or “Missed Patrol Points” and all the patrol data (including time and date of visiting each patrol point) is then sent to our servers for uploading to the internet. In the event that the guard has failed the patrol for whatever reason, an SMS is sent to the supervisor and/or control room. If the guard has taken too long to complete the patrol, a “Missing Guard” alert will be sent to the server and processed accordingly.

Other Signals
Should the guard require a visit from a supervisor, the green “SUPERVISOR REQUEST” button can be used. In a panic situation, the red “PANIC” button is provided.

Contact us today and let us help you find the right reliable solution to your unique guarding challenges.